Camden RSL Sub-branch are proud supporters and sponsors of the 7th Light Horse AIF Menangle Historic Troop. The Group is dedicated to honouring the memory of those soldiers who have passed through the ranks of the Australia Light Horse.  (2018 President's Report)

The 7th Light Horse Regiment was raised at Sydney in October 1914 and comprised twenty-five officers and 497 other ranks serving in three squadrons, each of six troops. Each troop was divided into eight sections of four men each.

In 2017 the Beersheba Light Horse Monument was established as a permanent memorial to the heroic deeds of the Australian Light Horse.

The wells of Beersheba were vitally strategic for the survival of the Desert Mounted Corps' horses, many of whom had been without water for several days.

Turkish resistance at Tel El Saba, three kilometres to the east of the town, had been stronger than expected and it took a stiff day of fighting for Chaytor's force to capture this strong redoubt protecting Beersheba's eastern flank.

The fall of Tel El Saba at 3:15 pm meant that the 1st and 3rd Light Horse Brigades were free to attack Beersheba from the East.

At 3:30 pm there was only a few hours of day light remaining and orders were issued for the final phase of the struggle, the occupation of Beersheba. Chauvel decided "to put Grant' straight at it": In doing so the Australian Light Horse men not only captured the highly prized wells at Beersheba but they also found their place in Australian military history.

Photos of the Beersheba Light Horse Monument by Ian Ramsay 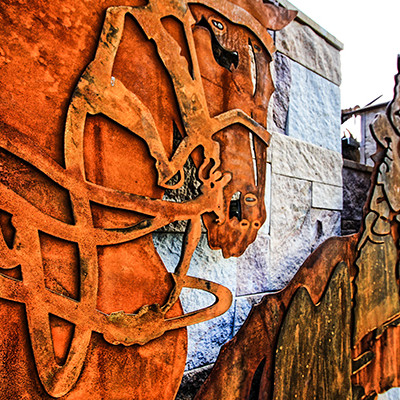 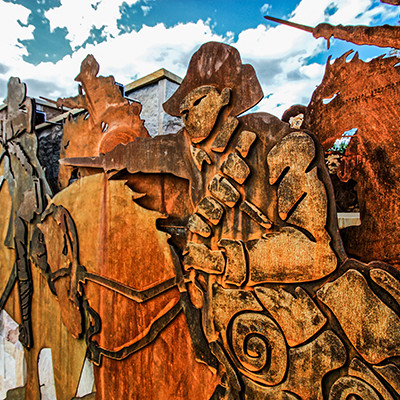