Our Lest We Forget Memorial Page will complement the Camden District Roll of Honour on Camden Remembers Web Site which is being created to honour and commemorate the men and women from the Camden Area who enlisted, served or are serving in the Armed Forces, Volunteer Defence Corps, Citizen's Military Force or Land Army in all wars and conflicts.

The Camden Remembers project began in Heritage Week 2009 in a joint venture between Camden Historical Society, Camden Library Services and Camden Returned Services League Sub Branch with the aim to compile a comprehensive database of information and photographs and to create an Online Memorial, Camden Remembers, to our Service men and women. 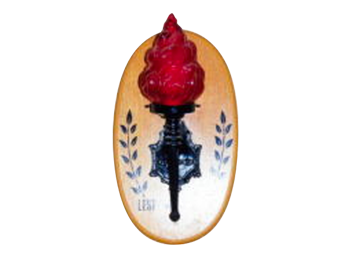 The RSL Memorial was consecrated on Anzac Day 1988. Officiating at the ceremony were Brigadier Percival and President of the Camden RSL Sub-Branch George Bull.

The Memorial was moved in 1998 from the rear to the front of the RSL Club to become part of The Camden RSL Memorial Rose Garden which was officially opened by The Honourable John Fahey MP on 27 November 1998, In Honour of the men and women who gave service to their country.

Also unveiled on the same day was a plaque dedicated to Leading Seaman Bradely Meek who died tragically aboard the Westralia on 15 May 1998.

The Anzac Day Dawn Service has been held for several years now at The RSL Memorial Rose Garden and is growing in popularity each year.

Those remembered on the Memorial Rose Garden Plaques are: